MedSpa Quiz: Laser vs. Injectibles. Which treatment is right for you? (Visit)

Methionine assists in the breakdown of fats and thereby prevents the build-up of fat in the arteries. It also assists with the digestive system and is important for removing heavy metals from the body since it can be converted to cysteine, which is a precursor to glutathione, which is of prime importance in detoxifying the liver.

Inositol plays an important part in the health of cell membranes especially the specialized cells in the brain, bone marrow, eyes and intestines. The role of the cell membranes is to regulate the contents of the cells, which makes effective function possible. Inositol is said to promote healthy hair, hair growth, and helps in controlling estrogen levels and may assist in preventing breast lumps. It may also be of benefit in reducing blood cholesterol levels.

Choline is an essential nutrient required by the body to make several important compounds necessary for healthy cell membranes. This nutrient helps form phosphatidylcholine, the primary phospholipid of cell membranes. It helps transport of lipids from the liver. Choline is also the precursor to acetylcholine, one of the crucial brain chemicals involved in memory.

Thiamine (vitamin B1) helps the body’s cells convert carbohydrates into energy. It is also essential for the functioning of the heart, muscles, and nervous system.

Niacin is used for high cholesterol. It is also used along with other treatments for circulation problems, migraine headache, dizziness, and to reduce the diarrhea associated with cholera. Niacin is also used for preventing positive urine drug screens in people who take illegal drugs. Niacinamide is used for treating diabetes and two skin conditions called bullous pemphigoid and granuloma annulare.

Panthenol Vitamin B5, the stable form of panthotenic acid (Panthenol) contained in skin and hair products. Transforms to Vitamin B5 inside the cell. B5 plays an important role in the cell regeneration processes of the skin

Pyridoxine, vitamin B6, is required by your body for utilization of energy in the foods you eat, production of red blood cells, and proper functioning of nerves. It is used to treat and prevent vitamin B6 deficiency resulting from poor diet, certain medications, and some medical conditions.

View Before & Afters in our Gallery

“I have been in the beauty and fitness for the past 14 years and I pride myself on always looking my very best. I have been coming to Laser Skin & Wellness for 10yrs on going for services and I am NEVER disappointed. Not only has the owner Karen had the same happy and talented technicians working there but prides herself on keeping up with all the latest and best lasers and products out on the market as far as advanced medical grade.” —Chris P.

Carnitine boosts energy by stimulating the body’s burning of triglycerides as fuel, and sparing the supply of glycogen stored in the liver for heavier exertion. During exercise, the body will burn fat at a rate of 75-80% of maximum exertion, thus less glycogen from carbohydrates is burned. L-Carnitine allows the body to burn more fat, save more glycogen, and ultimately boost stamina and endurance. By providing more fat to the muscles, Carnitine makes accessible an otherwise unavailable energy source. Research also suggests that an adequate supply of L-Carnitine could be instrumental in the treatment of diabetes, chronic fatigue syndrome, kidney and liver disease.

Procaine is a local anesthetic drug of the amino ester group. It is used primarily to reduce the pain of intramuscular injection. Owing to the ubiquity of the trade name Novocain, in some regions procaine is referred to generically as Novocaine.

L-Lysine is a necessary building block for all protein in the body. L-Lysine plays a major role in calcium absorption; building muscle protein; recovering from surgery or sports injuries; and the body’s production of hormones, enzymes, and antibodies.

Leucine is an important dietary amino acid that has the capacity to stimulate muscle protein synthesis. As a dietary supplement, Leucine has been found to slow the degradation of muscle tissue by increasing the synthesis of muscle proteins. Leucine has since earned more attention on its own as a catalyst for muscle growth and muscular insurance. 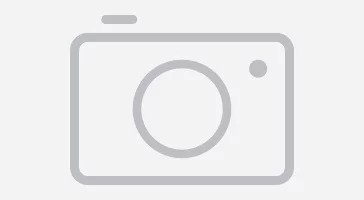 MedSpa Quiz »
Laser vs. Injectibles.
Which treatment is right for you? 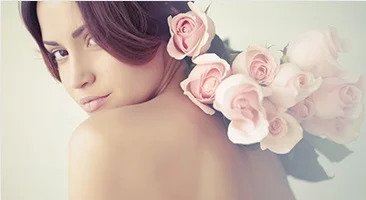 We have ours online!

We'll get back to you shortly!

Opt-in for SMS Text Messages and / or Emails

Message and data rates may apply.

No more than 4 text messages per month.